Is Your Smart TV Spying on You?

Imagine settling down for the evening in front of your shiny new top-of-the-range Smart television. A cup of tea in hand and surrounded by your family. Sounds cosy?

If your TV happens to be made by Samsung… you can think again! Extraordinarily, these new smart television sets could be gaining access to sensitive and personal information about you and your nearest and dearest.

Sounds like something out of a horror movie? This could be happening in your own front room.

Shane Harris, writer for The Daily Beast, recently made the chilling discovery whilst trawling through Samsung’s rather suspiciously worded Privacy Policy. The policy details that a third party company based 5000 miles away in South Korea could 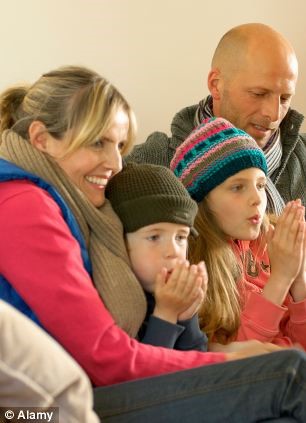 be listening and recording the private conversations that take place in your living room.

Samsung TV’s voice recognition functions allow users to change channel and increase volume through an embedded microphone inside the TV set. A second microphone inside the remote control requires customer interaction with a server and can be used for searching content such as favourite television shows. This works in a very similar way to Siri who features on the newer versions of the iPhone.

The thought of your shiny new television set listening and storing private conversations between family members is quite an unsettling thought. Getting up and searching for the TV remote doesn’t sound like such a chore now does it?!

In light of these recent findings, Samsung has been quick to reassure consumers that they take privacy very seriously; stating that their products employ industry-standard security practices to secure personal information and prevent unauthorized use. They also specify that users have the option to deactivate these particular functions at any time.

However, this is not the first time smart televisions have been the subject of controversy. Tech experts in the past have highlighted the potential threat of the webcams that are installed in a number of smart television models. In some cases victims have been targeted by criminals through remote administration software that has allowed hackers to view possessions that are in family homes. 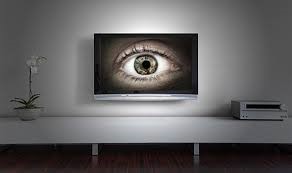 So what does this really mean for our future? Is the smart television really a threat to our privacy or has the media created an unnecessary panic over nothing? And have we considered all the potential risks that come along with connecting all our personal devices to the internet?

Our advice would be to ensure that you read the small print. Samsung sneakily incorporated their suspicious wording regarding security within their Privacy Policy.

Also, if you don’t want to run the risk of your usage habits and conversations being monitored then there is always the option to disconnect your smart television from the internet. However, this will mean that you will not be able to use its online features which could defeat the object of purchasing a smart TV in the first place.

Another thing to note is that Samsung is not the only manufacturer of smart televisions. Do your research and find out which features suit you best; other companies may take security more seriously than Samsung.

The frightening thought that your glossy new television set is watching and listening to everything you say is enough to send shivers down your spine. And after spending a considerable amount of money on a set, the last thing you want to find out is that you’ve bugged your own home!