There’s been some rumors recently about what the new software update is for Android. Well, now officially know that its the 8.0 Oreo. It brings a lot of tweaks with its original features such as shortcuts, revamps and more!

Android plan to get the Oreo to Pixel, Pixel XL handsets and more devices in the next year, but here is a little insight as to what the new operating system will hold for android users.

Apple’s iOS have been using the little notification symbol on their apps to remind you that notifications are waiting for you. Android has adapted this featured but it looks a little different. Instead of the notification being red with a number inside it, there is a dot which is the colour of the app it represents (e.g. Twitter notification dots are light blue).

Obviously you cannot copy everything that your competitor has but it would make much sense to have some form of notification to remind you that you have notifications waiting.

We all have that one friend whose phone just will not stop pinging with notifications (it may be you!). Instead of muting your phone or deleting the app, Android Oreo will allow you to snooze the notifications for up to 2 hours.

Every software update doesn’t come without a revamp of something. Android have decided that the shortcuts on the Oreo needed to undergo a revamp! So now they are presented in a rounded rectangle format rather than little bubbles. It’s not a drastic change but the little tweaks make it interesting to see. 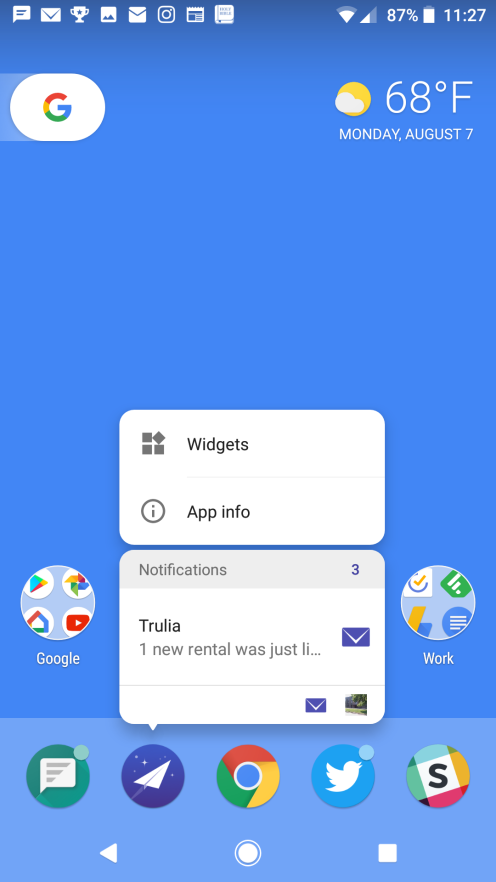 The functionality of the app shortcuts are still the same, but if you gold down the app, it will allow you to cut to the app’s info page.

This is Androids biggest feature update. You can now carry on watching a video on YouTube rather than having to close it altogether. Just open the app, play a video then press the home button and there you go. The video will minimize to the bottom corner of your screen so you can text and watch a video at the same time! Nothing better than a good multi-tasking feature. 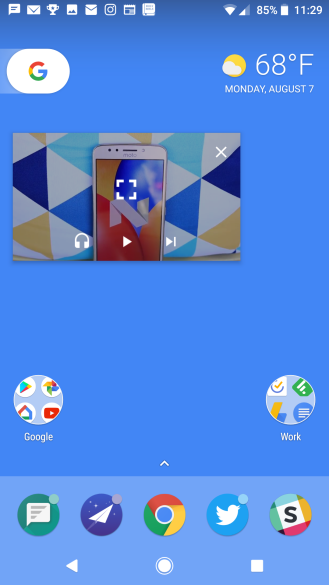 There are also 10 Cool tricks that you can discover with Bloom Times’ blog!