The mobile apocalypse has begun!

What is the longest you’ve gone without holding, looking or browsing on your phone? Are you antisocial when you go out with your friends or your partner? These two questions can defining your mobile addiction.

These days, you never see somebody without a phone in their hand or to their ear. The world is more dependent on technology than what they were back in the 20th Century. But how badly are mobile phones destroying our social lives? 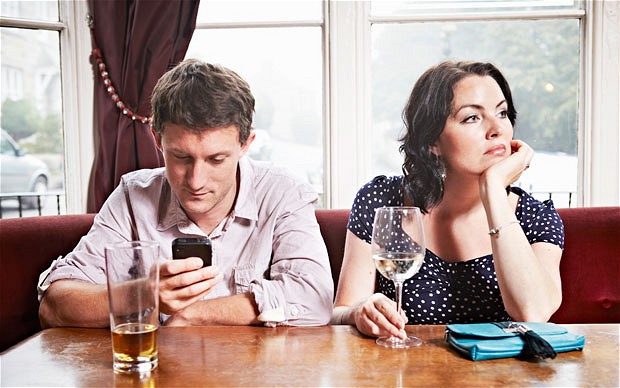 Everyone likes to be updated on social media and browsing the internet, which is made easier and easier with the internet on mobiles. Have you ever been to a place where there isn’t any Wi-Fi available? – didn’t think so. It makes it much easier for people to be on their phones and on the internet.

Why do places such as restaurants and cafes have Wi-Fi?

Easy question really, it’s for business. Someone if you gave someone the choice of going to a cafe with and without Wi-Fi, the majority would probably go to the cafe with Wi-Fi. Not may people could go to a restaurant without browsing on their phone for a bit and not having a conversation with who they’re having dinner with. It’s so easy and much more tempting when you know there is free Wi-Fi.

First thing some people do when they wake up is pick up their phone and browse social media and the internet to see what is going on in the world. Even though it’s a pretty harmless thing to do, people are unaware of the addiction it is causing. Quite a lot of people are unaware of their addiction to their mobile phone and it’s increasingly worrying!

Have a verbal conversation with company than being online!

Back in the day when people didn’t have ‘smart’ phones, they had no choice but to talk to the person or people they are in company with. There was no awkward silences whilst they check their Twitter and Facebook. There’s nothing wrong with being sociable because it shows you are interested in what other people have to say. If you’re on your mobile phone, it’s simply rude to sit on your phone and not speak to other people.

TIP: Put your phone in your bag, pocket or wherever you can’t see it so that you’re less tempted to sit there browsing.

Mobile phones and smart devices are becoming an increasing worry to the world, because it creates more and more distractions. I mean Apple have the Smartwatch that allows you to view messages from your very own wrist! How tempting is that? One day nobody will interact with each other, we’ll all just be texting each other instead of opening our mouths.

Here’s a few tips to help your get off that phone:

One: When you go out, leave your phone at home so you’re less tempted to go on it

Two: If you need your phone with you, turn it off and put it away when you’re in company

Three: Have a few days without it and have a ‘Smartphone detox’

Four: Give your phone to someone else and don’t allow them to give it you unless it’s an emergency

So what do you think about mobile phone use these days? Tweet us and let us know your thoughts!