Google Pixel: The best Android phone ever made? 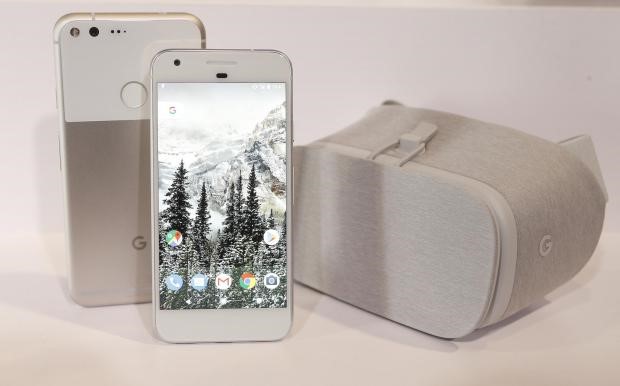 The Google Pixel is the first phone that Google has released by itself, and it is a signal of huge change in the phone market, and could well steal Apple’s crown.  The Google Pixel shows that Google is serious about taking Apple on directly, providing a much-needed Android counterweight to the iPhone.

The phone comes in two sizes, a 5-inch screen and the 5.5-inch XL and only two colours – “very silver” and “quite black”. Just like last years Nexus phones, the finger-print scanner is on the back and the front buttons are on the glass screen.

The Pixel boasts some new features, such as:

The Google Pixel is priced roughly the same as the new Apple iPhone 7 (£599 for the 32GB model or £699 for the 128GB model). However, there is no waterproofing or stereo speakers in the Pixel unlike its main competitor, and on the back of the handset there is a strange white glass panel, that looks like a sticker has been applied to it.

The Pixel and Pixel XL are undoubtedly the best phones that have ever been made to run on Android, and, if you’re a fan of Google’s operating system, then this could be the phone for you. The simplicity of the unbelievably smart Google Assistant is what really makes this phone. The one remaining challenge is the iPhone, and the decision you make shouldn’t be based on which is better anymore, but rather which is easier.