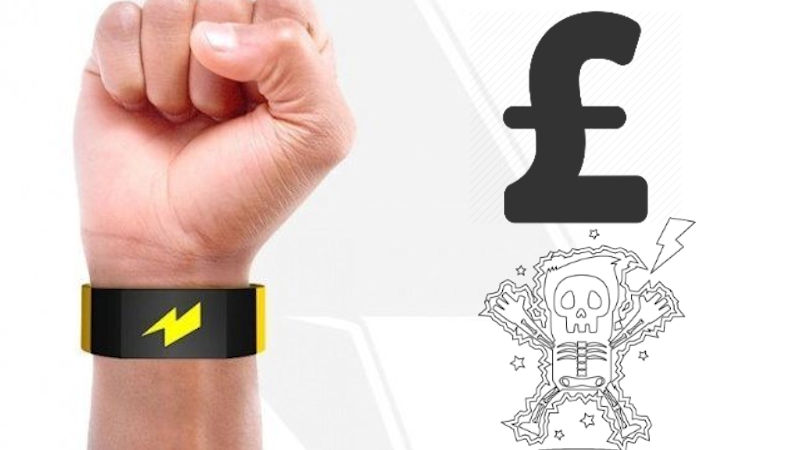 We blogged previously about the Internet of Things (IoT) and also on a completely separate gadget; the Shock Clock alarm.

Well we are now blogging about the two combined through a potential new bank account!

A new banking platform is being developed by a company called Intelligent Environments.  Whilst not quite ready, they claim that their new platform, called Interact IoT, allows smart web-enabled devices to be linked. As a lot of people may not realise its true potential, the company opted to give an example of using the Pavlock device for the shock factor (pun intended).

The Pavlock is a wearable smart device that emits electric shocks to its wearers to try and break bad habits such as nail biting and unhealthy eating.

So, using the IoT, the bank is proposing that customer who go overdrawn or spend beyond set limits will receive mild electric shocks. They claim that giving their customers a small reminder early on is better than receiving a nasty shock next time they check their bank balance.

And this isn’t the only method they give of using this new platform.

They also use the example of linking your bank to Google’s Nest smart thermostat. The suggestion is that when your bank balance hits a specific limit, the thermostat will automatically start adjusting to save further costs. Thus automatically saving you money.

This new technology and way of thinking is pushing boundaries for users and developers. Wearable technology and the IoT is proving that we can always stay connected and it can offer so much more that just simple SMS text reminders or email alerts.

Although this new platform hasn’t been finished, it does sound exciting and proposes a new future for interactive technology and the IoT.