5 tricks to free up space on your iPhone

To all you iPhone users, are you sick of getting this message?:

Nobody likes deleting pictures and videos they like because they haven’t got enough storage, which is why we are here to help you with today’s blog! You will learn 6 new tips so that you can make sure that your storage space doesn’t run out so quickly. You can’t keep your storage space free forever, but it’ll at least slow down the time it takes anyway.

Find out what is taking up your storage

The unexpected could in fact be taking up your space. For example, if you think it’s your music that’s taking up the space but in fact it’s your images and videos that are doing instead, this would then at least make you aware of how much space it’s taking up and it’s your choice whether you delete some of those files or not.

To find this information out, you need to go to your ‘Settings’ – ‘General’ – ‘Storage & iCloud usage’ – ‘Manage Storage’. This will then bring up what data is being held and how much space it is taking up on your iPhone. 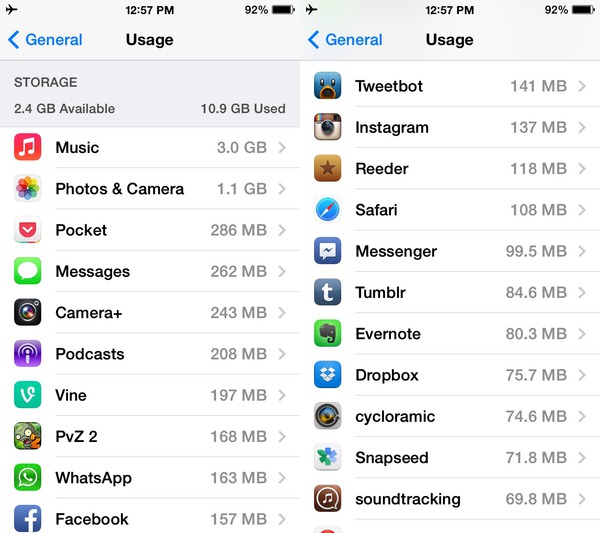 People delete their messages anyway because they don’t want others reading them, but it can actually give you more storage space. If you think logically about it, keeping lots of conversations from different people can start to take up the space on your mobile device, which is why deleting them would be a better idea.

If anything, they’ll take up the majority of your storage without you even knowing. 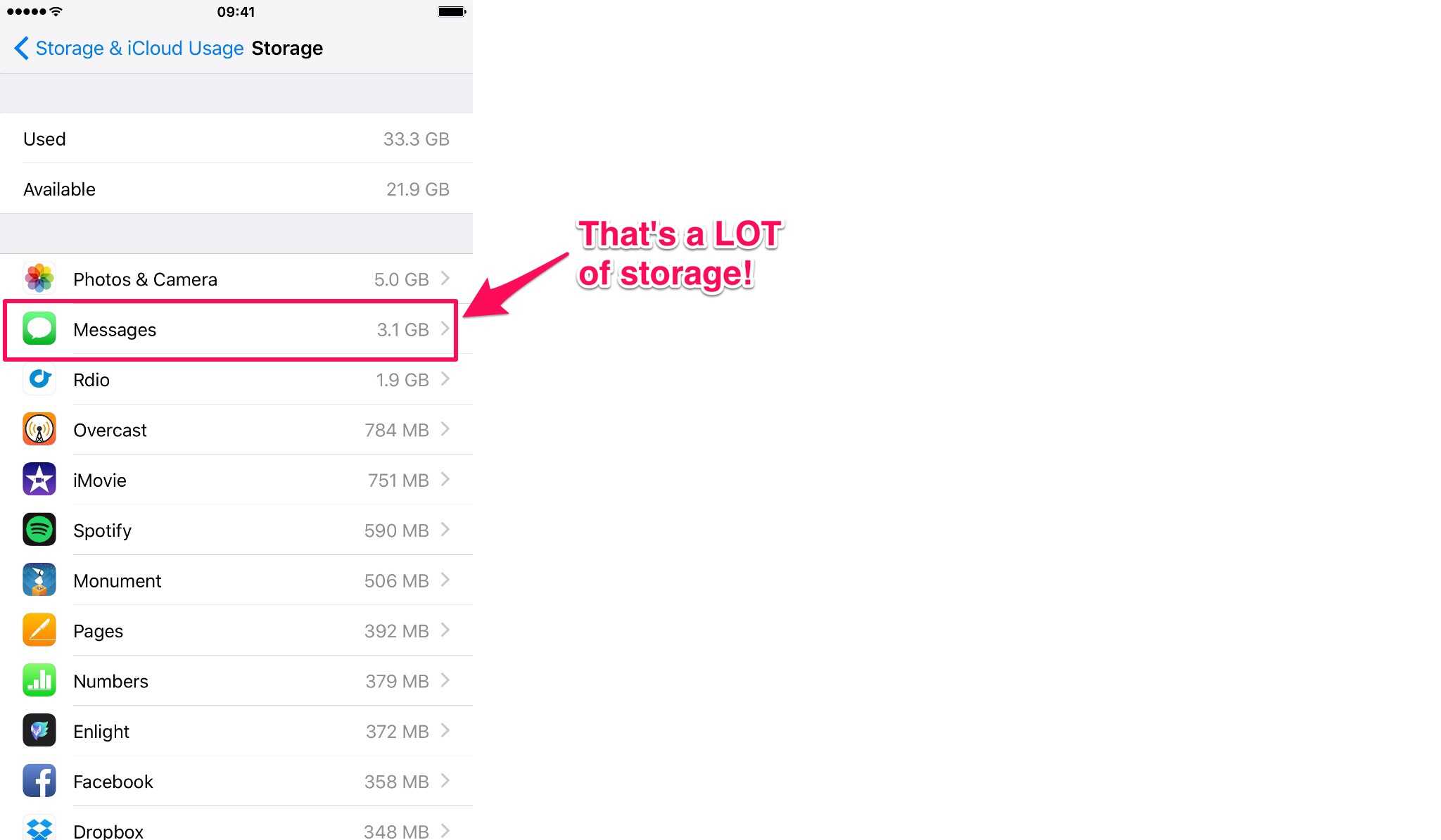 Get rid of apps you don’t need

Lots of people have so many apps on their phone, and what they don’t realise is that they don’t even use them. The best advice would be is to go through your phone and get rid of any unwanted apps or apps that you haven’t used. I’ve been there and done that; I always thought I’ll use an app or play that game I downloaded but I haven’t even touched it.

You’d be surprised how much storage one app can take up, especially social media apps. Obviously if you’re a social media addict then getting rid of the apps are a big no no!

If you’re unsure of how to delete an app, just click and hold the app until a cross comes up in the corner of it (see screenshot below), then select the ones you want to delete. 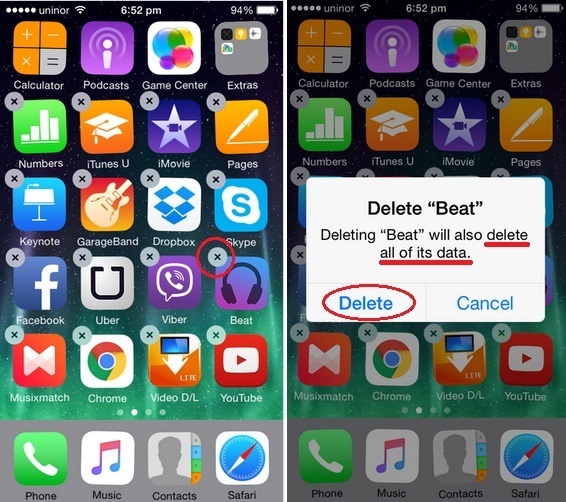 Be aware of iCloud photo library

Obviously the cloud is a storage space online, but the reality of it is that it may take up more space than you think. While it saves all your own images on to the cloud, it stores anyone else’s images and videos on the cloud that are connected to the same iTunes account. So in a way, it can be a contradiction in this case so you need to be careful.

The fact of the matter is, even though it stores it on the cloud, they’re in a smaller file size so you can fit more in there, which will encourage more pictures to be saved there, then more space being taken up.

If you’re looking to backup your images, it would be the best thing to put them on your PC so you at least have them on there, and if anything should happen to the images on your phone, you can always re-download them by connecting your phone to your PC. 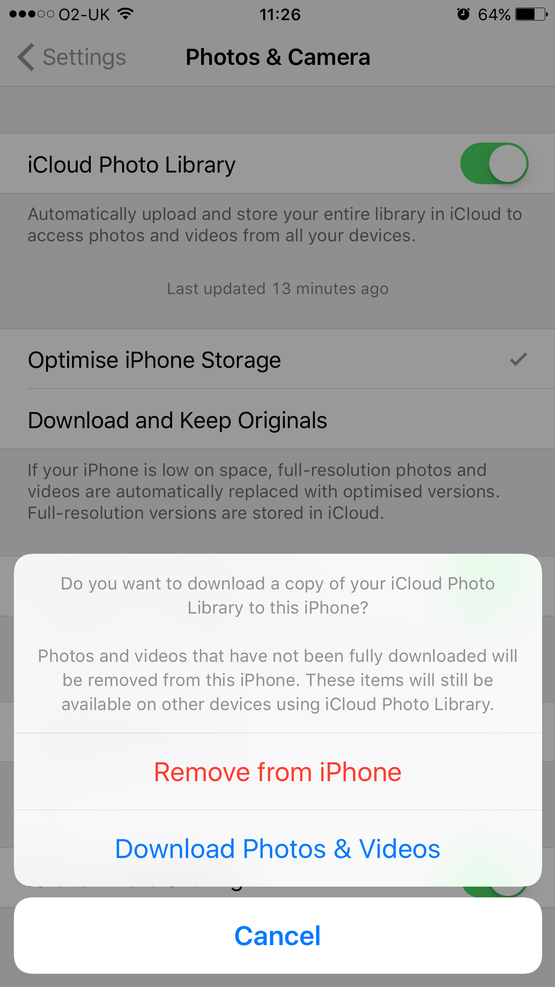 Get rid of photo bursts and screenshots

Photo bursts are when someone takes more than one picture at once which is only shown as one image on screen. This is quite sneaky because you may not even be aware of it sometimes and then wonder why images are taking up your memory.

Some screenshots aren’t relevant to you anymore so you should delete them. Some people take screenshots to keep information for a particular event or time, so when you no longer need it, delete it!