How to keep your child safe online

Online activity is be coming more of a concern for hacking, malware, ransomware and many other things. As technology is so popular, they play a huge part in people’s lives especially children nowadays. The NSPCC are encouraging all parents to keep monitoring their child’s online activity. Why? Because there’s so much content online that can cause harm to them.

Two thirds of children who took part in an NSPCC survey are using social media or other channels under the age limit that is specified.

What content is there online we need to be specifically aware of?

Bullying – it is one of the top causes online especially to contribute to mental health problems in the UK. If you see any suspicious activity or behavior in your child and on their device, take action.

Hatred and violence – Facebook has been criticized in the past few months for hate crime and violence being posted and it taken far too long for it to be removed. For all those young children who are on Facebook, they can see this content which can influence behavior.

Inappropriate content – there’s many people online who pretend to be someone that they aren’t. There are online games that children innocently play on, but there are also people on that game pretending to be a child when in fact they aren’t. This is something you need to keep you eye on if your child is a frequent online gamer.

Hacking – leaving your emails open and letting your child use your smart device can be completely innocent. But not when you get a phishing email and your child opens it causing the hacker to gain access to you information.

What can be done about it?

Parents are encouraged to talk to their children and make them aware about the online dangers. In some cases, parents do not allow children on smart devices that have access to the internet under a certain age, and some don’t allow it at all.

There is something which you can and that is to put an internet cap on your child’s device. This can cut their access off at a certain time so then it can reduce some of the risks in a way.

Adults can play a massive role in this area as they can regularly speak to their child about it to make sure that they understand the dangers and also know that they can speak in confidence if they come across something suspicious or see something online.

Google have created an interactive game for children of the ages eight to twelve to educate them on being safe online. This includes phishing, malware and fake news; it is designed to encourage children to make smart decisions online.

There are four different games that are to educate them in different areas:

Tower of Treasure – designed to help them create strong passwords online so that they are safe from hackers.

Reality River – presents multiple choice questions to help them understand who to trust and who not to trust online.

Kind Kingdom – educates children on what trolling is and what the effects are of them.

It’s a great way to make it simplified for children to understand. As it is a hard topic to get across to the younger generation, Google have managed to adapt an approach in such a way that children will be able to understand in their own way about online safety. 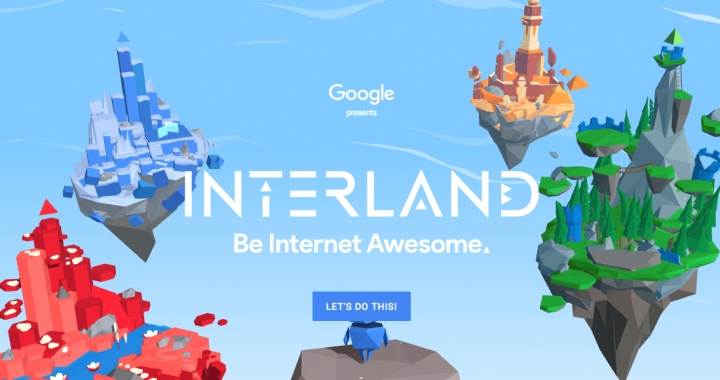