Is Samsung now a burnt brand? 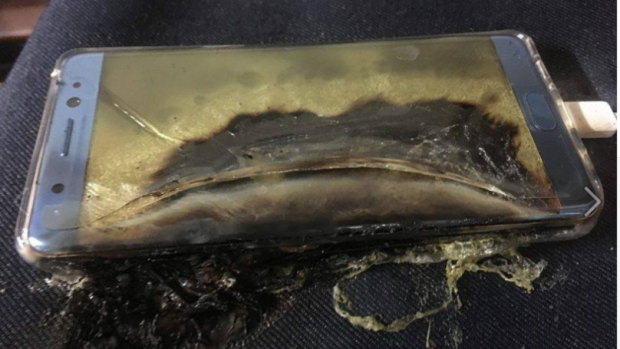 It’s no secret that Samsung’s new “safe” Galaxy Note 7 phones are overheating and exploding, but with the problem getting worse they are now banned from flights around the world.

Airlines around the world have been issuing specific notices about the explosive phone, warning travelers that they shouldn’t be turning them on or charging them during a flight. But now both governments and airlines have completely banned the Samsung Galaxy Note 7 from flights. It is believed that any passengers attempting to fly with the phones will have them confiscated and could face fines for attempting to do so.

The devices were recalled last month, following various reports of explosions due to a fault with the battery. On one occasion, a Jeep in Japan appeared to have set on fire after a Samsung Galaxy Note 7 was left to charge inside the vehicle. The company claims that it doesn’t know why the phones keep having problems, and so there doesn’t seem to be any way of knowing if any particular phone is safe.

Samsung have since launched a replacement program in which users can either replace their phone with a Galaxy S7 or S7 edge with a refund of the price difference.

For more information about getting your exchange/refund, visit the Samsung Web Site.