Useful things to do with OK Google 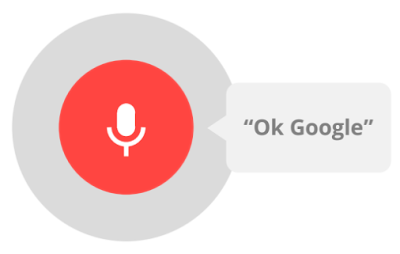 For a voice assistant, Google Now seems to be pretty popular. It can recognise and interpret anything you ask it (within reason) and it is jam packed full of features beyond just simple web searches.

The app does not seem to be as well advertised as it’s rivals, Siri and Cortana, so we’ve come up with some top tips on how you can use it.

You can make Google Now work from any screen, even the lock screen. To do this simply navigate to the main Google Now page, tap the hamburger menu icon in the top left corner, tap ‘Settings’, then ‘Voice’ and finally ‘OK Google detection’.

Ok Google is only accessible if you have Google Now installed on your smartphone or tablet, if it’s not then you’ll first need to download and install Google Now from the Play Store if your version of Android supports it.

With Ok Google, you can open applications without touching your device, simply say, “Ok Google,  “open Netflix” and it will open them on your device.

Next time you want to identify a song, rather than hunting for Shazam you can simply ask Google what’s playing and it will tell you.

Handily, Google Now can also remember what you last asked it, so if you have a follow-up question you don’t have to state the subject again.

Google Now has different voices to choose from. There’s the UK English one and the US/everywhere else one.

You can set reminders using Google Now that can be location or time based. Ask it to remind you to buy milk next time you go to the shop and it will do just that.

You can ask Google Now to do other things such as turn Wi-Fi or Bluetooth on or switch on your flashlight!

You can say “wake me up at…” for a handy alarm clock.

Keep updated on news, weather, traffic, sports and more with cards that pop up when applicable. To customise this, head to the Google Now screen, tap the hamburger and select ‘Customise’. You’ll then be able to select which if any apps can display cards, what locations you want alerts for, which if any sports teams you want the latest updates on and whether you want weather alerts and more.

You can also send messages and make calls without even touching your phone. Simply say “text *name* *message*”. Similarly you can do this for emails and even tweets by saying “post to Twitter *tweet*”.

Use Google Now to translate dozens of languages, so whether you’re looking for a phrase in French, Chinese, or Swahili, Google can probably show you how to say it.